How Our Shelter Was Born

On 12th May 2008, a massive earthquake hit our province, killing approx 70,000 people.
Due to the fear of rabies and other post-quake widespread diseases, the local government ordered all dogs to be slaughtered as a preventative measure so that humans did not catch the diseases.

​Dogs who had lost their owners in the quake were hanging around the area, waiting for them to come back.  The dogs grouped together for reassurance, forming packs. Others remained solitary.

Eventually the dogs were rounded up by the local government. Within 10 days, approximately 10,000 dogs were slaughtered in slaughterhouses, buried alive, or beaten to death; a common practice in China.

Even dogs who had been registered and vaccinated were not spared.
​One woman witnessed her own dog being beaten to death, unable to prevent it happening. Du helped her bury her beloved dog. 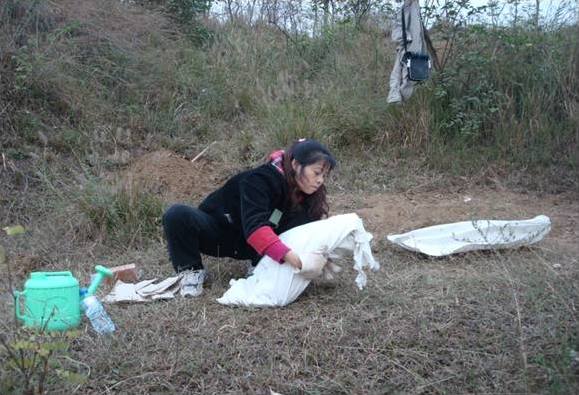 ​We pleaded with the government to stop the unnecessary slaughtering, and were able to save some dogs ...

​This was the start of our work with our government.  Now, we have a good relationship with them and they even helped us with the cost to lay water pipes and electric cables in our shelter. We pride ourselves on having this relationship because it brings more awareness for animal welfare in China.
​Animal rescue in China is extremely difficult. Most people do not care. Their outlook is that while humans are still suffering, "Why should we help only the animals?" Our response is that we can help both and if we can help the animals then we can help humans too who may be at risk of catching diseases like Rabies. China has no anti-cruelty laws despite years of pleas from animal lovers. Cruelty to animals happens daily around the country.  Because it happens so often, most people are numb to the brutality. You can help us to educate people, to learn them how all living beings have the right to protection. Educating others is one of the most important things we can do. Your donation helps us to do this.